LAG Nature outdoor sound system is a unique product in the world market that allows to provide the creation of a holistic music (sound and information) space in the open air and under any weather conditions (from +40 to -20 degrees Celsius) at the highest engineering level. The system consists of a sound reproducing head of a unique patented design, equipped with an active signal amplification section, as well as digital-to-analog conversion, connected to the sound source using the DANTE protocol, either wired or wirelessly (depending on the configuration, customer requirements and areal characteristics of the territory).

The main advantage of LAG Nature systems is the perceptional reconstruction of a seamless free air acoustic space, with the minimum possible wave distortions.

The technical characteristics of the system (in comparison with traditional street warning technologies) are distinguished by extended, for street systems, amplitude-frequency characteristics, minimum limits of dynamic deviations and distortions, nominal, working and maximum power, as well as subjective aspects of the perception of music material.

Numerous studies of leading universities in Europe and North America have identified the fundamental problems of reducing the quality of life and health of modern people associated with the surrounding acoustic space and its characteristics, as well as identified the possibilities for the effective use of live, as well as high-quality recorded and authentically reproduced music in medical, rehabilitation and adaptive purposes. Thus, researchers at Vanderbilt University (Nashville, USA) and University of Leicester (Great Britain) found that the influence of total noise pollution in large cities significantly and irreversibly reduces the level of hearing of the population, due to adaptation to the level of constant noise exposure, and attempts to protect themselves from external noise using headphones, especially low-quality mass models, leads to a gradual physical impairment of the auditory apparatus due to damage to the myelin sheath of the auditory nerves, which makes hearing loss irreversible and, as a result, leads to a significant decrease in the quality of life of the population. At the same time, studies of the same Vanderbilt University, as well as the University of Helsinki (Finland) and University College London (Great Britain), showed the positive impact of live as well as high-quality recorded music on the level of hearing development, early child development, increased educational performance, labor productivity and the general health of the subjects.

The use of high-quality sound reproducing devices to recreate the natural sound of nature in the city (such as birds singing, the sound of water, the rustling of tree leaves) has a direct impact on the general emotional state of the population, the level of activity of the immune system, as well as other aspects of life, including reducing crime and crisis phenomena in politics. And the use of such technologies in forest park areas increases the attractiveness of their visits not only by the inhabitants of the country, but also by populations of birds and animals perceiving such a space as a natural habitat. 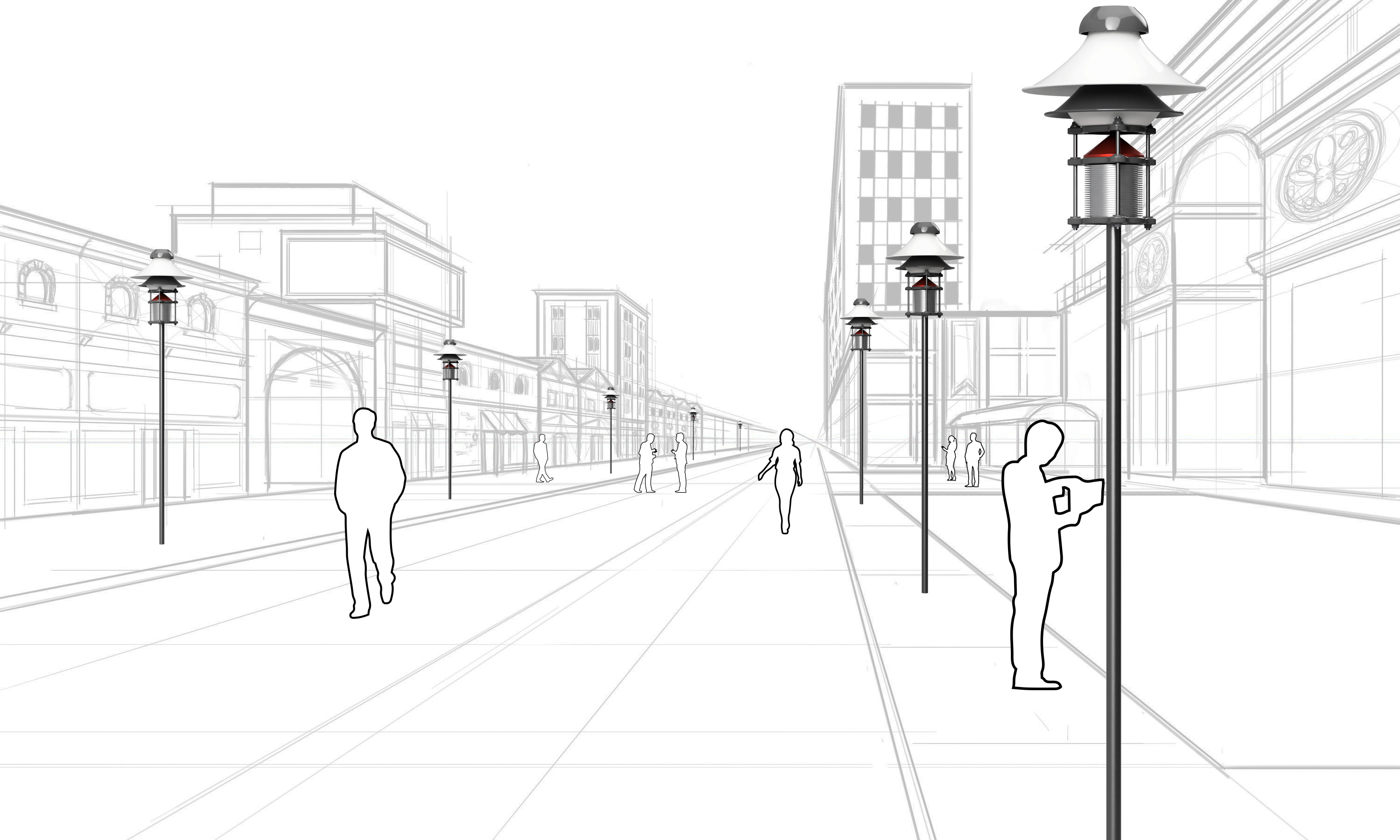 Due to the unique design of LAG Nature systems, the open air space is uniformly and completely filled with dynamic acoustic vibrations, which eliminates the occurrence of “dead” zones in the voiced territory, reduces the required number of sound sources (in comparison with classical cardiod horn systems - by at least 3-4 times), and with the use of a wireless connection method - reduces the cost of construction and installation works and ensures the guaranteed quality of system efficience over entire lifetime.

One of the main advantages of LAG Nature systems (which determines, in particular, the nature of the name of the Nature model) is the full musicality of sound reproduction, achieved due to the exceptionally wide frequency range from 60 Hz to 18 kHz for street audio systems and the linearity of the amplitude-dynamic characteristic, comparable to high-quality home audio systems (within +/- 3 dB).

Creating our technological masterpieces, we use advanced principles of designing, manufacturing and final assembly of sound equipment, as well as elements of its construction, including modern technologies of materials science, mechanical engineering and automation, borrowed from the aerospace industry. Each technical solution is unique and has no analogues in the world.

Each element of our equipment is the result of many years of painstaking work by a team of engineers, designers and technologists of the highest qualification of the technical division of LAG.

The use of materials and coatings of exclusively highest quality ensures the durability of the product, excellent appearance, as well as the invariability of the design acoustic characteristics of LAG audio systems for many years.